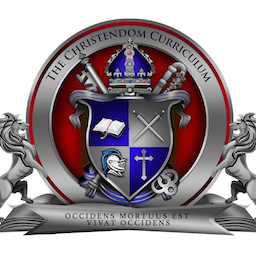 The Christendom Curriculum was not created by a church or organization, but by a homeschool family. My name is W. C. Newsom, the father of the family, and I wrote the original essays, guides, and other original materials included in the Curriculum. I have a background in creating training materials, and in professional writing and editing. I have written or contributed to ten books, including two novels, as well as writing worldview essays and creating class sessions on Shakespeare, C. S. Lewis, Tennyson, Hemingway, and others, for a popular Western Civilization homeschool curriculum.

We're glad you stopped by, and we would love to have you join us. There's a place for you and your family in the great, history-making battle of our time.

The Christendom Curriculum is powered by Mighty Networks
Phone numbers from outside the United States may need to use a prefix (e.g. +44 XX XXXX XXXX). Available on iOS and Android. This site is protected by reCAPTCHA and the Google Privacy Policy and Terms of Service apply.
Choose a Plan
Choose Plan